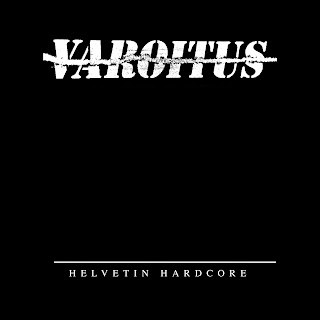 Swedish Varoitus deliver raw Scandinavian hardcore with furious vocals in Finnish. Ad some d-beat and solos that makes your gut turn inside out, and the soup is ready to serve. Their first album will be released in the middle of may. 8 jawbreaking hardcore attacks on 180 g vinyl.
A-side contains 4 new songs and on the B-side we find a re-mastered version of their demo Maailman Kuolema. 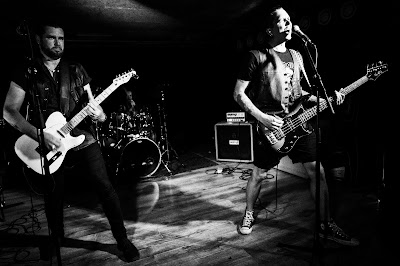 We got some news! More info soon! 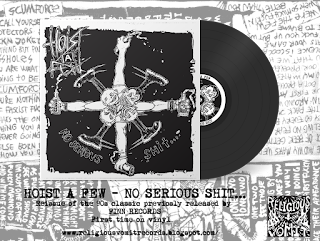 For the first time "Hoist A Few - No Serious Shit…" is available on vinyl. The Swedish punk band released the album through the classic Swedish punk label Finn Records in 1997 on CD. Hoist A Few was in the '90s a true keeper of raw drunk with influences of oi. The album erupts in sing-along punk anthems ’Six Down Six To Go’, ’Drink Drink and Drink Again’, ’We’re The Few’ and
’I Rather Be Drunk’. If The Varukers, The Oppressed and Negative Approach had met in the drunk tank and started a band, it would sound like Hoist A Few. This re-release is long overdue. Pressing in 500 vinyls on black 180g vinyl.

”Hoist A Few from Linköping, Sweden had a short but intense existence and their drunken antics became punklore. Even though almost 17 years have passed their debut still remains one of the best records from the 90´s Sweden punk scene. Their drunken, aggressive, stomping 2-fingers in the air fuck you-punk held no punches and spared no spit. Sadly overlooked at the time, these guys should get their credit now”
- Keybörd Warrior Fanzine 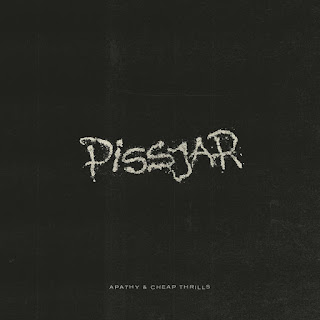 Eight tracks of pissed and furious Swedish Hardcore! Pissjar is here with their debut seven inch. Raw rock, punk attitude, and a fuck you attitude are what Pissjar brings to the table. This new Swedish band contains members of Agent Attitude, Axe Rash, HAG, and Power Face. ”Apathy & Cheap Thrills" is a full out explosion that mixes USHC with the raw Scandinavian sound. A modern dream for lovers of the early 00-scene with bands like DS-13, Tear It Up and Down In Flames.
And yes, they created their own font out of piss (download it HERE and use it next time you apply for a job) 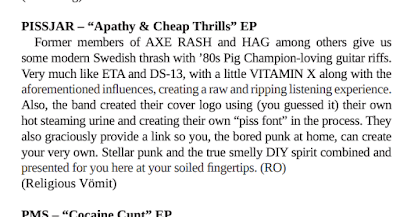 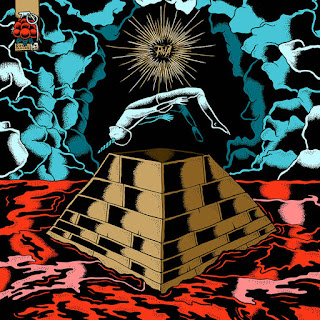 Umeås Håll Det Äkta delivers their first and last LP.. Clear white vinyl with blood splatter, gatefold cover and poster included. All wrapped up in amazing artwork by the talented frontman Marc Strömberg.
Soul Cracks the Gold is more straight on and less experimental than their last record. Still hardcore. Still speaking their minds. Still keeping it real. Expect this to be no less than a powerful goodbye from the Umeå Hardcore heavy weights.